This article is more than just a simple change log. It describes the history of AutoIt by travelling back in time and using all kind of sources to describe how AutoIt became what it is now. Enjoy!

October, 1998: Jon was working on a project to automate the installation of Windows NT 4 for a company, Jon had difficulties with installing some components which didn't take parameters from external programs, so Jon was searching for a program which could force button clicks and he found Microsoft ScriptIt but Jon found that it was extremely unreliable.
Jon said:

"It was notoriously fussy about the speed of the machine it was used on and had no way to control the key delays between keystrokes. Another feature that caused problems was that there was no way to specify a working directory when running a program which caused loads of problems with many of the applications I was scripting. Also, some of the functions didn't work under NT 5 beta (i.e. Windows 2000)".

25 December, 1998: Jon decided to make a program (AutoIt v1) in C as a better alternative to Microsoft ScriptIt. 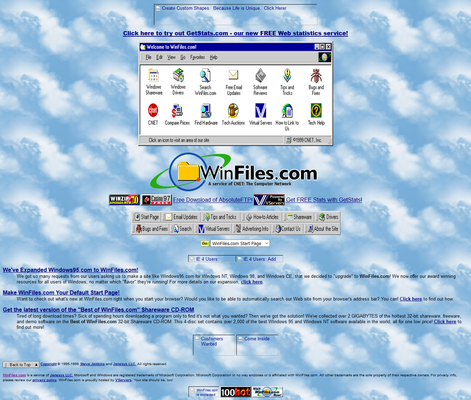 From the official v1.0 helpfile:

January - April, 1999: AutoIt v1.8 was released with many cool features like:

August, 1999: AutoIt v2 was released with the first version of AutoItX.

September, 1999: AutoIt v2.1 was released along with first version of Aut2Exe. 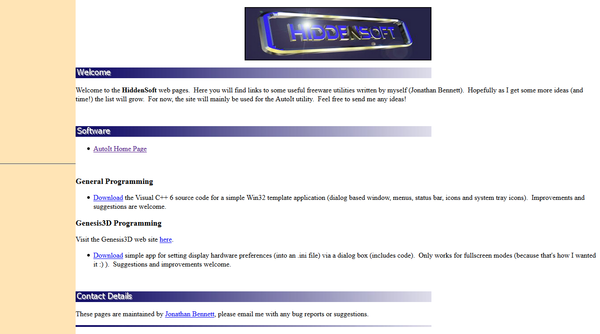 September, 1999 - May, 2001: Rapid development in AutoIt with loads of additional function.

May, 2001: The AutoIt source code was a mess and the entire source was re-written in C++.

December, 2002: AutoIt v2.64 (last version of AutoIt v2) was released with new FileInstall function after writing his (Jon) own compression and archive library.

20 January, 2003: Jon decided to start work on development framework of AutoIt v3, since AutoIt v2 had some flaws.
Jon said:


"Very little development was done from 2001 to 2003. Project had reached the point where I'd lost the will to work on it. The source code was a mess again because in this sort of project you tend to add on every function that everyone wants without thinking about the future. The AutoIt v2 syntax was really horrible.


Half the requests I got were for proper loops and expressions - half of the questions were "how do I use a backslash in a Run command". Arrgh. In this time there were numerous "add-ons" like Aut2xtra created by Larry that allowed the use of some of the missing functions from AutoIt (because I hadn't the time or motivation to add them).


IIRC Larry suggested that he was frustrated with the lack of development and suggested writing a new version. I decided that if a new version was wanted then it should be more like a "proper" language. I started the development framework for AutoIt v3.


Previous versions were very strict about syntax it was "Command, param1, param2,..." and it took about a month to come up with something that could read in a line containing complex expressions (a whooooole lot of googling required). Although I "get" it now, writing the expression code in AutoIt was the 2nd hardest thing I'd ever done. (Hardest thing I've written was the compression code used in Aut2Exe that I wrote from scratch) 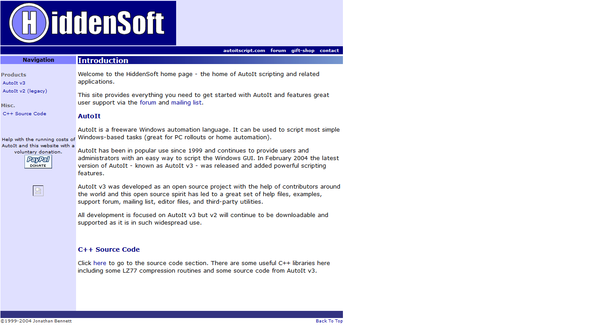 12 August, 2006: AutoIt switched to closed source from GPL because other developers were using AutoIt source's to make a rival language as a competitor to AutoIt.

Input for this article has been taken from many sources. Amongst them are: