How do you use AutoIT 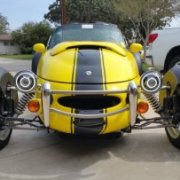 By sshrum,
October 13, 2005 in AutoIt General Help and Support

Where do you go with AutoIT