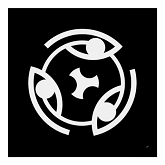 Writing a .au3 file and compiling it from a script?

By Glyph, October 10, 2007 in AutoIt General Help and Support