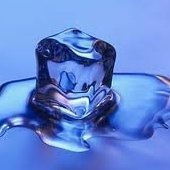 DOCUMENTATION
I have been able - based on the great work done by MrCreatoR! - to generate a single CHM file for the TaskScheduler UDF.
This help file looks like the AutoIt help file - unfortunately you can't call this help from SciTE yet. Please see the 1.6.0.1 changes above.
All other help files (_TS_*.htm, TaskScheduler.htm, default.css) have been removed.

You may only provide a review once you have downloaded the file.

There are no reviews to display.