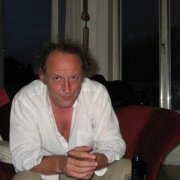 Problem with quotes in a string-variable passed to SQLite

By which1, December 4, 2012 in AutoIt General Help and Support