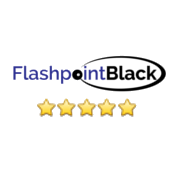 Pulling information from a running program

By FlashpointBlack, January 25, 2014 in AutoIt General Help and Support