HotKeySet with CTRL and ALT keys together 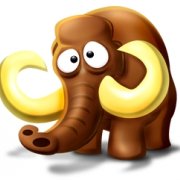 By maniootek,
September 22, 2015 in AutoIt General Help and Support