Question regarding StdinWrite and Stdoutread when used with Console apps 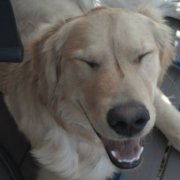 By mojomatt,
September 24, 2015 in AutoIt General Help and Support