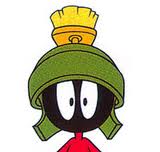 How would I put the 'Music Notes' in the clipboard

By MrEd, December 9, 2012 in AutoIt General Help and Support