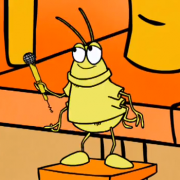 How to use Windows 8 start screen as screen saver

By TBugReporter, March 23, 2014 in AutoIt General Help and Support