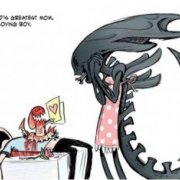 Multiprocessing UDF that likes same name of module in Python

By oceanwaves, May 2, 2014 in AutoIt Example Scripts