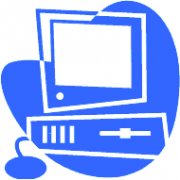 Create Tray Menu and Items if User in Specifc Group

By ReitzelTechnology, October 8, 2011 in AutoIt General Help and Support