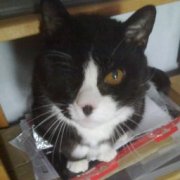 Any idea to randomize arrays quickly(er)??

By AdmiralAlkex, April 21, 2010 in AutoIt General Help and Support