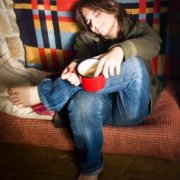 AutoIT Language: Why BitAND is not an infix statement

By Robinson1, April 7, 2020 in AutoIt General Help and Support