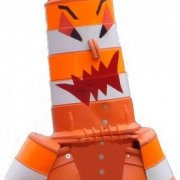 How Efficient is AutoIT